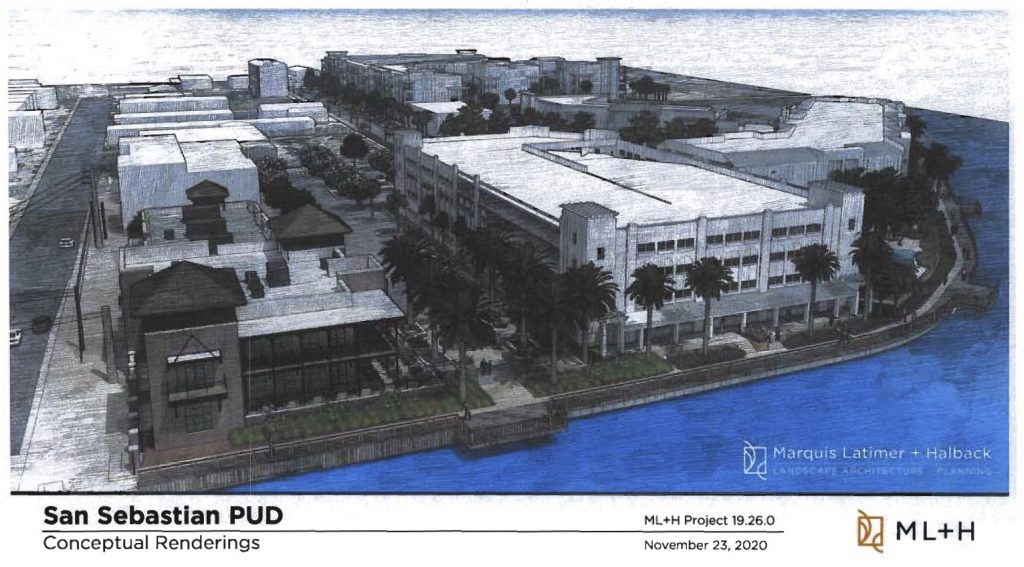 The Neighborhood Council of St. Augustine notes that the San Sebastian Inland Harbor PUD will be a major project with a big long term impact on the western entrance to the Historic City, which is something all residents use, regardless of where they live.   Our neighborhoods are what make St. Augustine a living city, and not just a tourist destination.  The Council believes it is important for all of us to take an interest in protecting the livability of each others’ neighborhoods.  By helping each other, we send a clear message that we support Livability, Authenticity, Character, and Vitality, which are the four principles of St. Augustine’s Vision Plan.

The biggest impact will be on the residents that live downtown because of the added traffic it will create on King Street, which at times is already an “F” rated major artery.  Lincolnville and Old City South will be the greatest impacted, because Riberia & Sebastian Harbor Drive and King Street are their only way in and out of their neighborhoods, since they are surrounded by water.  Flagler Model Land and the Spanish Quarter also use King Street to travel out south on US1.

There has been many changes in the growth of St Johns County and the traffic now entering downtown St Augustine since this project was first conceived back in 2000.  Today the site realistically cannot handle the traffic of such a large project. Since it was zoned in 2007 as a mixed use PUD (Planned Unit Development) that is the zoning the current owner bought in 2014.  He can build the project as planned in 2007, but the city owes him nothing more than what he bought.

The issue before us is that the owner now wants to make significant modifications to the 2007 PUD; many of which will greatly increase the square footage and parking requirements over what was purchased in 2014. These modifications are designed to increase the value of the developer’s investment and have nothing to do with making this PUD better for the City and the people who live here.

It is important that whatever is built does not create more traffic & parking problems and will be an asset to the area.  It does the City and the developer no good, if there is not adequate parking and traffic flow for their guests, residents, shoppers, restaurant goers, marina users, and employees.  This project will NOT be a success if it becomes a traffic and parking nightmare that chokes off excess not only to the San Sebastian Inland Harbor, but to the downtown neighborhood and historic district of St Augustine.

To keep everyone informed, the Neighborhood Council of St. Augustine will try to keep people up to date.