This historic neighborhood is bounded by Cordova, King, Orange and Malaga Streets and consists of private residences, bed & breakfasts, small businesses, churches and schools. Henry Flagler, founder and president of the Florida East Coast Railroad (FECR), created the Model Land Company (MLC) in 1896 to manage his rapidly expanding real estate holdings in the state of Florida. The growth and expansion of the FECR was crucial to the development of Florida, and the Model Land Company managed Flagler’s “land empire” until its demise in 1967. The main office of the MLC was located in St. Augustine and largely determined the neighborhoods present character.

In the 1885 Bird’s Eye Map of St. Augustine there were about a dozen houses along Orange Street; four residential structures on the west side of Cordova; a small hotel, Sunnyside House, at the site of what would become the Ponce de Leon Hotel; and two stately residences, one belonging to Dr. Andrew Anderson and the other known as the Ball Place.There were a few large holdings and much of the area was low-lying but by the 1890s Flagler possessed an important bloc of property. He focused development first on the Ponce de Leon Hotel, the Presbyterian and Methodist churches, his winter home, “Kirkside”, and a large steam laundry for his hotels. He also sold some spacious lots to well-to-do winter residents and officials in his organization. In 1903 he conveyed to the Model Land Company title to about 37 acres north and west of the Ponce de Leon Hotel. Construction of homes spread over many decades resulted in a diversity of home styles and lot sizes – what would become the residential Model Land Company neighborhood we know today.

Get Up to Date News & Notes For Flagler Model Land 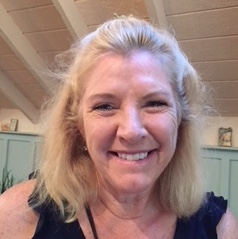