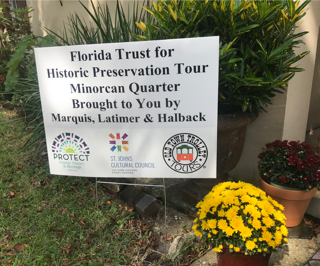 On October 16, The Florida Historic Trust for Preservation participants were welcomed by Ron Mickler, President of the Spanish Quarter Neighborhood Association when they visited with Menorcans descendants living on Spanish Street. The English Governor Patrick Tonyn allowed Menorcans to settle this area when he granted them asylum. Spanish St., Cuna St. and several other streets became known as Little San Felipe.
Ron also showed a copy of a sign that will be installed on Spanish St. telling the history of the Menorcans that lived and prospered in Little San Felipe starting in 1777. 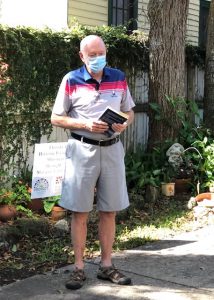 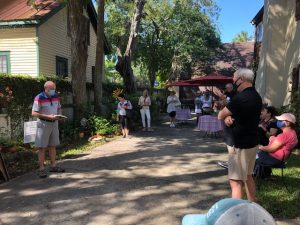